Nine laps, this is the total of the racing laps that WTCR competitors have to complete on the Nürburgring Nordschleife during the FIA World Cup’s fifth event of the season. This means three laps for each of the three races that will be run between Friday afternoon and Saturday morning. 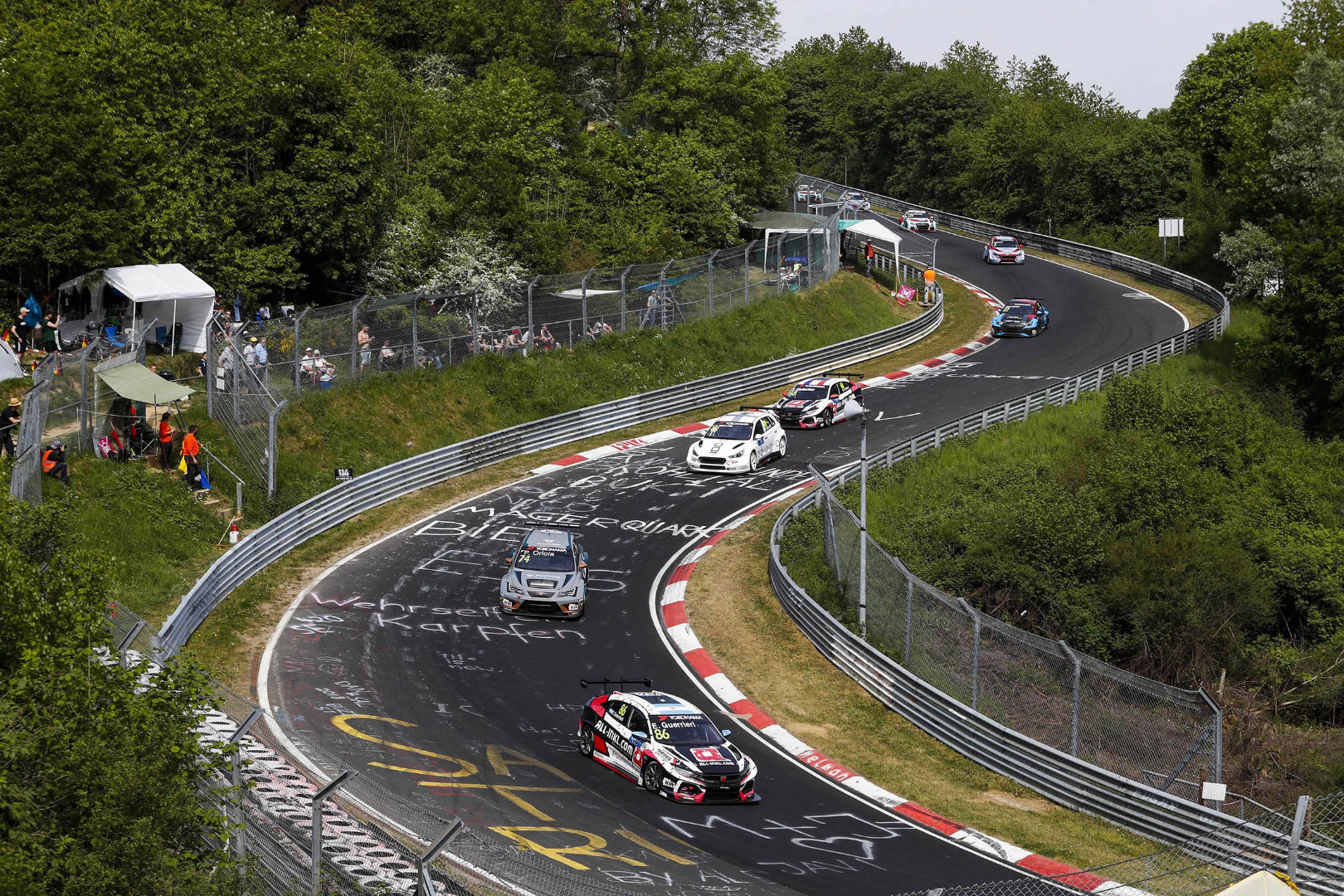 Being part of the ADAC 24H Race weekend, the WTCR needs to adapt his format to the tight schedule. Action will begin on Thursday, with two Free Practice and two Qualifying sessions. The Qualifying 2 for Races 2 and 3 drops its usual format of Q1, Q2 and Q3 to adopt that of the Qualifying 1: a single session of 40 minutes.

When the WTCR visits the Eifel region, the standings are topped by Esteban Guerrieri and Thed Björk who both proved to be among the series’ fastest drivers around the Nordschleife. In 2018, Björk posted the best lap in both the Qualifying sessions, he was second in Race 1 behind Yvan Muller and won Race 3, while Guerrieri was victorious in Race 2.

Other experts of the 25-km road course are Rob Huff, Nicky Catsburg, Frédéric Vervisch and guest racer Antti Buri, but especially Volkswagen’s development driver Benjamin Leuchter who has a great opportunity for scoring his maiden WTCR win and the VW Golf’s first of the season.

It will be a weekend of overwork for some of the drivers who are also committed to race in the 24 hours: Nicky Catsburg and Augusto Farfus (BMW M6 GT3), Tom Coronel (Nissan GTR GT3), Frédéric Vervisch (Audi R8 GT3) and Tiago Monteiro (Honda Civic TCR). As for Mikel Azcona, he will fly to Valencia after the third WTCR race to take part Sunday in the Campeonato de España Resistencia’s Race 2 in a CUPRA run by Tecnicars Racing Team.

Track time at the Nürburgring