Another historic NASCAR Whelen Euro Series is in the books! Loris Hezemans became the fourth two-time EuroNASCAR PRO Champion – the youngest one to collect two Championship Rings – at the end of a fantastic season. While the 24-year-old was able to manage his advantage in the point standings and finished fifth, Jacques Villeneuve sped to his second consecutive NASCAR Whelen Euro Series victory at Autodromo di Vallelunga in Italy. 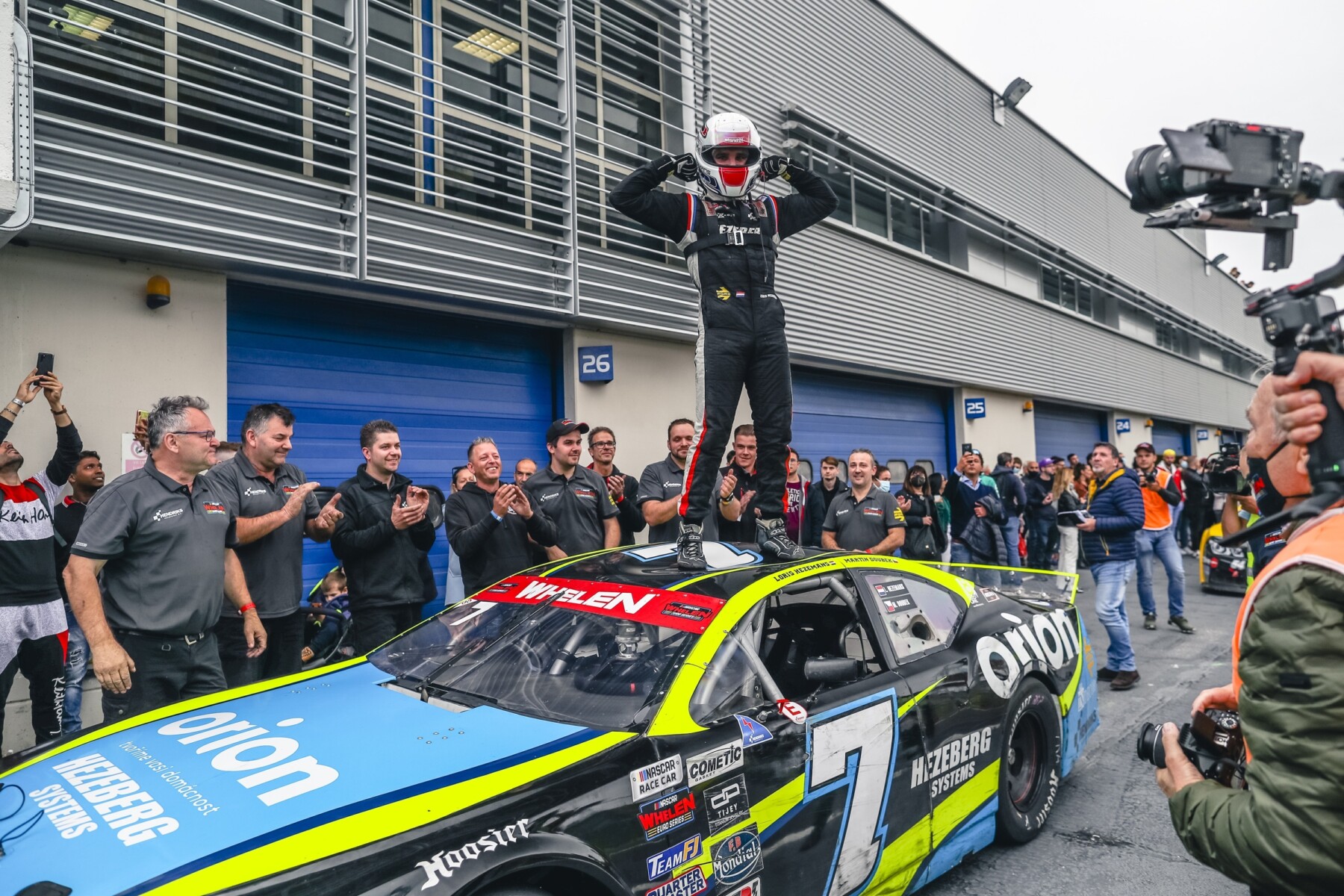 With 3 drivers separated by 9 points, expectations were high and the final NWES race of 2021 definitely delivered a unique show. It started with a battle between pole sitter Villeneuve and championship leader Hezemans. The latter grabbed the lead, while the former Formula One World Champion had to settle for second. Behind the Canadian, Gianmarco Ercoli and Vittorio Ghirelli were all looking for their chances to grab the lead and the title. The math was easy: whoever between Hezemans, Ghirelli or Ercoli  won the race would take the championship crown and the magnificent Tijey Trophy.

The first dream of becoming EuroNASCAR PRO Champion to be shattered was Ghirelli’s. On lap 5 he crashed into the barriers due to a brake issue on his #90 Not Only Motorsport Chevrolet Camaro. With Hezemans in the lead, Ercoli had a lot of work to do to put pressure on the Flying Dutchman, who conquered his first NWES championship win in 2019. On lap 10, Villeneuve took the opportunity to overtake Hezemans with a beautiful move on the outside and grab the lead. The Canadian opened a gap on the rest of the field and rounded out a perfect race weekend for Academy Motorsport / Alex Caffi Motorsport with his second consecutive win. 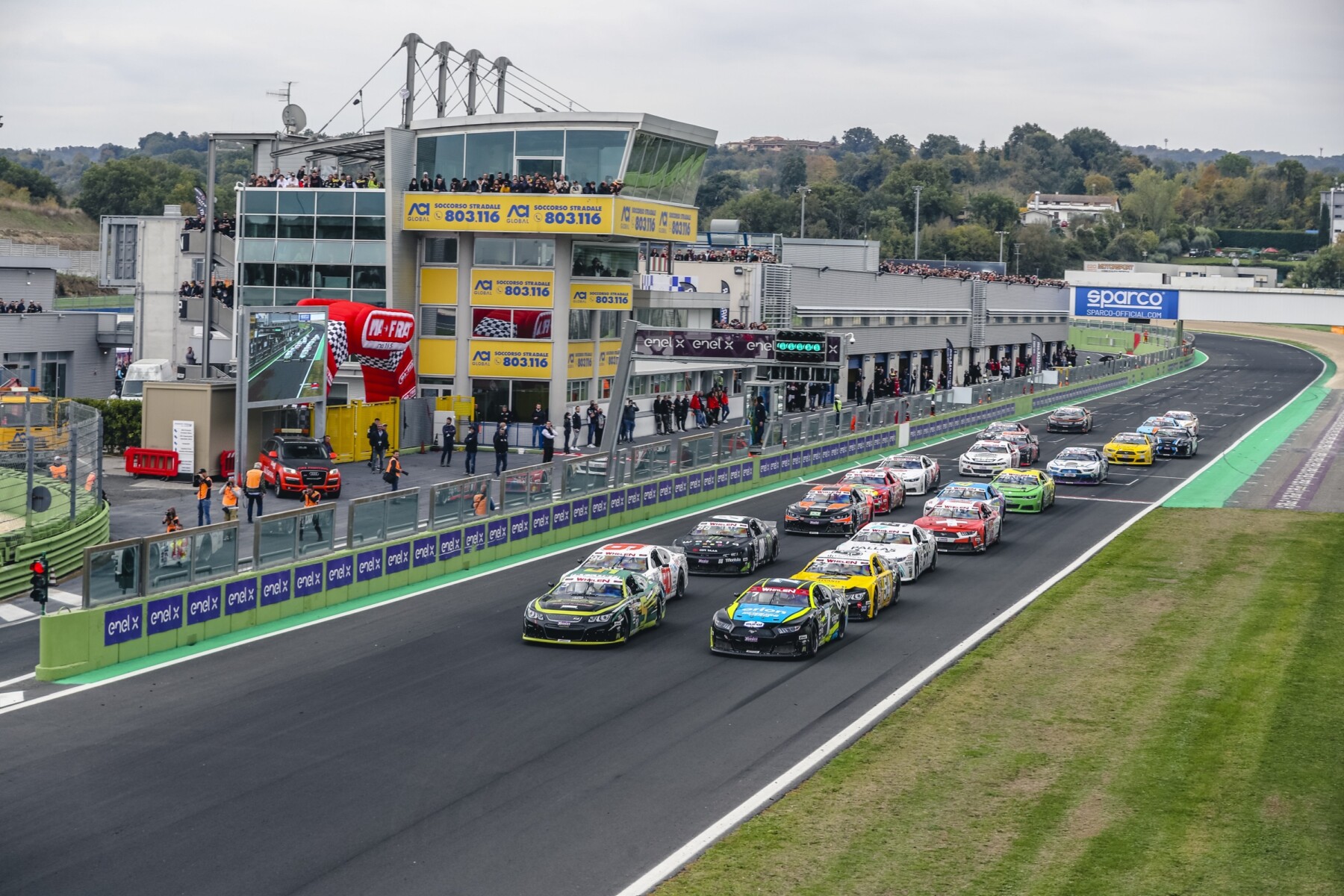 “We only missed the Pole Position on Saturday to have the perfect weekend”, Villeneuve said in Victory Lane. “The car was really flying. We hadn’t the straight-line speed but we had the pace in the corners and that worked. At some point I didn’t want to get involved in the championship battle but Loris was slowing me down and the guys behind me were right at my gear box. I had to go for it and then it was all about managing the gap.”

In the closing stages, Hezemans stayed away from any risk by opening the door for Ercoli, Alon Day and Lucas Lasserre. The Hendriks Motorsport driver knew that a fifth place finish would be enough to claim the title and therefore he closed the top-5 under the checkered flag to become the youngest two-time NASCAR Whelen Euro Series Champion in the history books. In 2022, Hezemans will focus on the US and take part in the NASCAR Cup Series and the NASCAR Xfinity Series.

“Words cannot describe it right now”, said the 2021 NASCAR Whelen Euro Series Champion Hezemans. “It’s an amazing feeling and this time it’s not really sinking in like in 2019, when I realized it at this point already. I’m super happy with all we’ve done over the year. I missed two races at Circuit Zolder but still I’m standing here. This is the perfect send-off towards the United States where I will have a part-time program in the NASCAR Xfinity Series and probably a part-time ride with the new Team Hezeberg in the NASCAR Cup Series.” 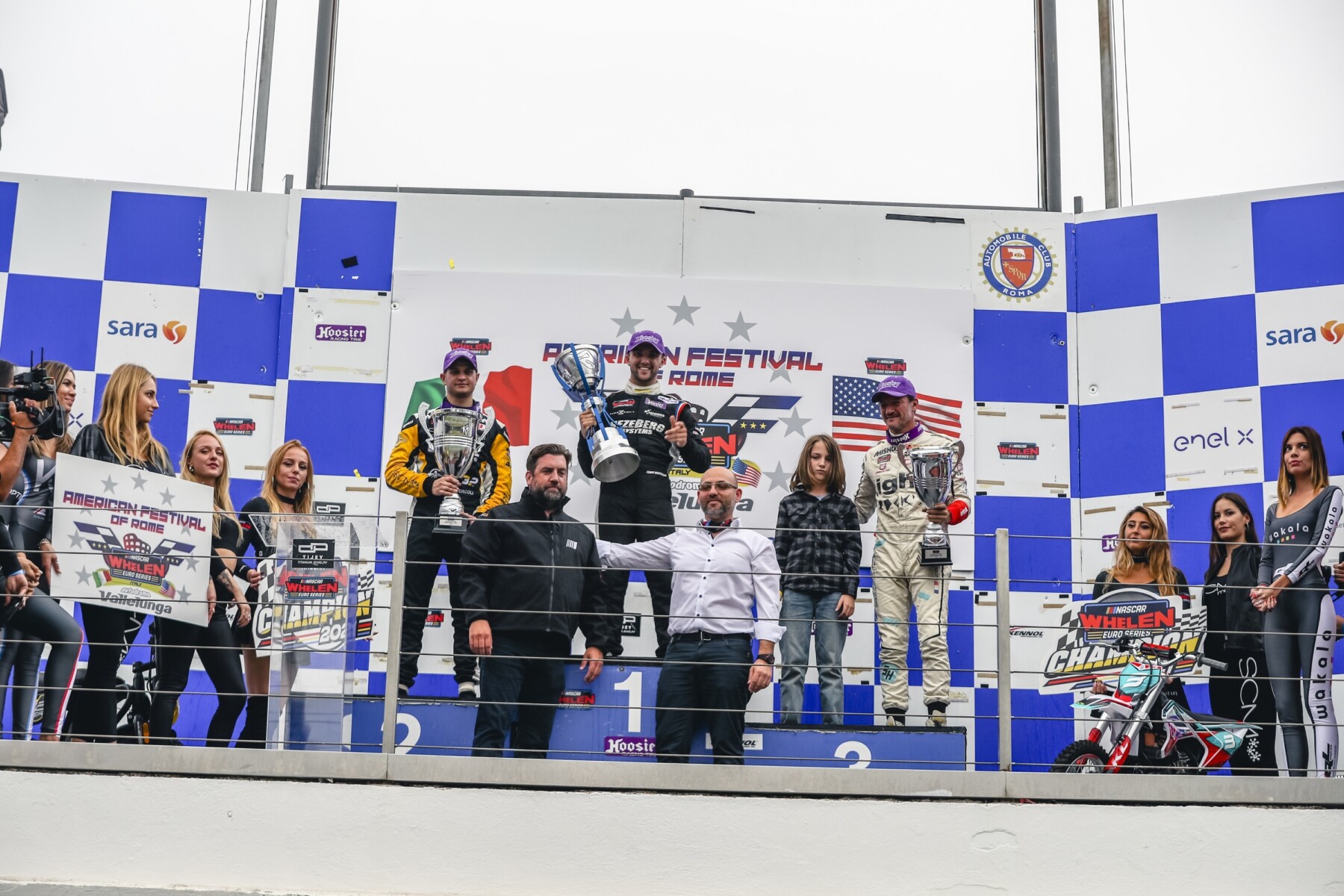 Ercoli finished second after a strong run on his #54 CAAL Racing Chevrolet Camaro but that was not enough to push Hezemans off the throne. The 26-year-old Italian clinched the Junior Trophy title for drivers, who are aged 25 or less at the beginning of season. Additionally, Ercoli finished second in the 2021 overall EuroNASCAR PRO classification. In the penultimate lap, the Rome-native made the pass on Hezemans at his hometrack, but as Villeneuve made it to the checkered flag, he had no chance of overtaking the new Champion in the standings.

The 2020 NASCAR Whelen Euro Series Champion Day ended up third, closing a season which was a rollercoaster of emotions for the Israeli. The three-time EuroNASCAR PRO overall winner collected a total of 3 wins over the course of the season, but several DNFs harmed his chances of becoming the first four-time NWES Champion. Speedhouse’s Lucas Lasserre finished fourth in EuroNASCAR PRO Final 2 and thus clinched the third spot of the 2021 NWES podium.

DF1 Racing’s Nicolo Rocca crossed the finish line right behind Hezemans, while Marko Stipp Motorsport’s Romain Iannetta ended up seventh. Giorgio Maggi was eighth, which was enough to score the second place in the overall Junior Trophy ranks. 16-year-old Leonardo Colavita ended up ninth and therefore completed the special classification’s race podium, while Ulysse Delsaux was ranked third in the season’s standings. Bernardo Manfre finished the final race of the season in tenth to grab the Challenger Trophy race win.

The title for bronze and silver drivers in EuroNASCAR PRO went to DF1 Racing driver Henri Tuomaala. After 2019, it was the second time the Finn clinched the Challenger Trophy at the end of the season. He beat 2020 Champion Davide Dallara from Not Only Motorsport and Marko Stipp Motorsport’s Yevgen Sokolovskiy. Tuomaala finished twelfth in the race, Sokolovskiy was 16th. With the 2021 season in the books, 2022 is already approaching with the calendar for another exciting year of European NASCAR racing to come.

You can relive the 2021 NWES season and the magical moments of all races on EuroNASCAR’s YouTube channel. All races are available in full length and in the highlight format. Follow the NASCAR Whelen Euro Series on Facebook, Instagram and Twitter to not miss any information and news of the coming EuroNASCAR season and special events. A lot of fun and excitement is coming up! 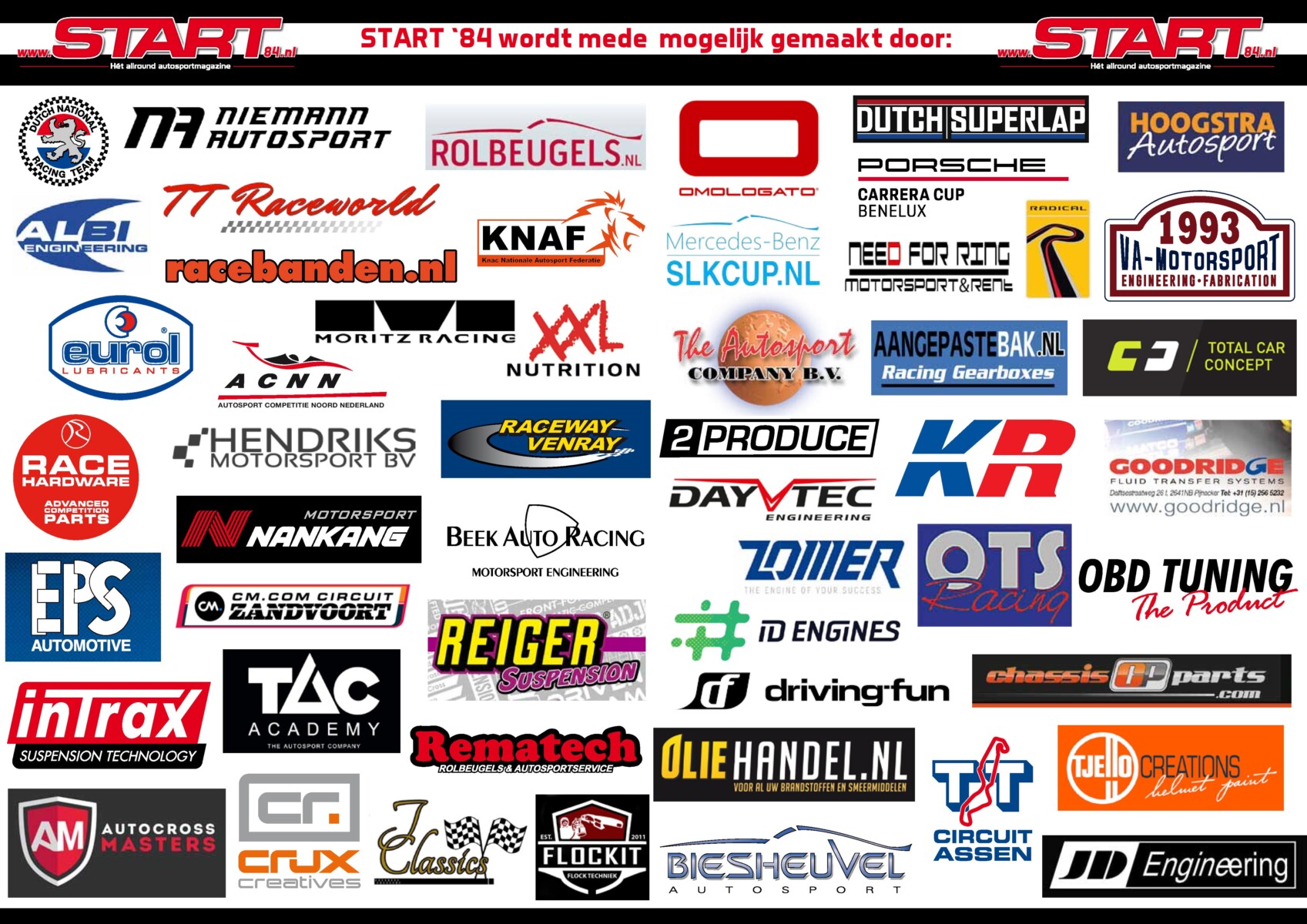