High Five: Spengler is the record winner at the Norisring DTM

Great sport and glamour at the Norisring: Bruno Spengler (CDN) has won the Sunday race at the Norisring. The key to success: a brilliant start and clever tactics at the only street circuit on the DTM calendar. Before the Canadian, around one week after the Canadian national day, was able to accept the winner’s trophy from Albert II, Prince of Monaco, hard work was required. The BMW driver gradually pulled away from his strong rivals from the Audi camp, but light rain made calling the right strategy a tricky one: when is the right time to make the mandatory pit stop? Are rain tyres needed? They weren’t, and Spengler scored his first DTM race win in two years. His last victory to date was at Norisring in 2017. With a total of five victories, Spengler is now the DTM driver who has the highest number of wins in Nuremberg. 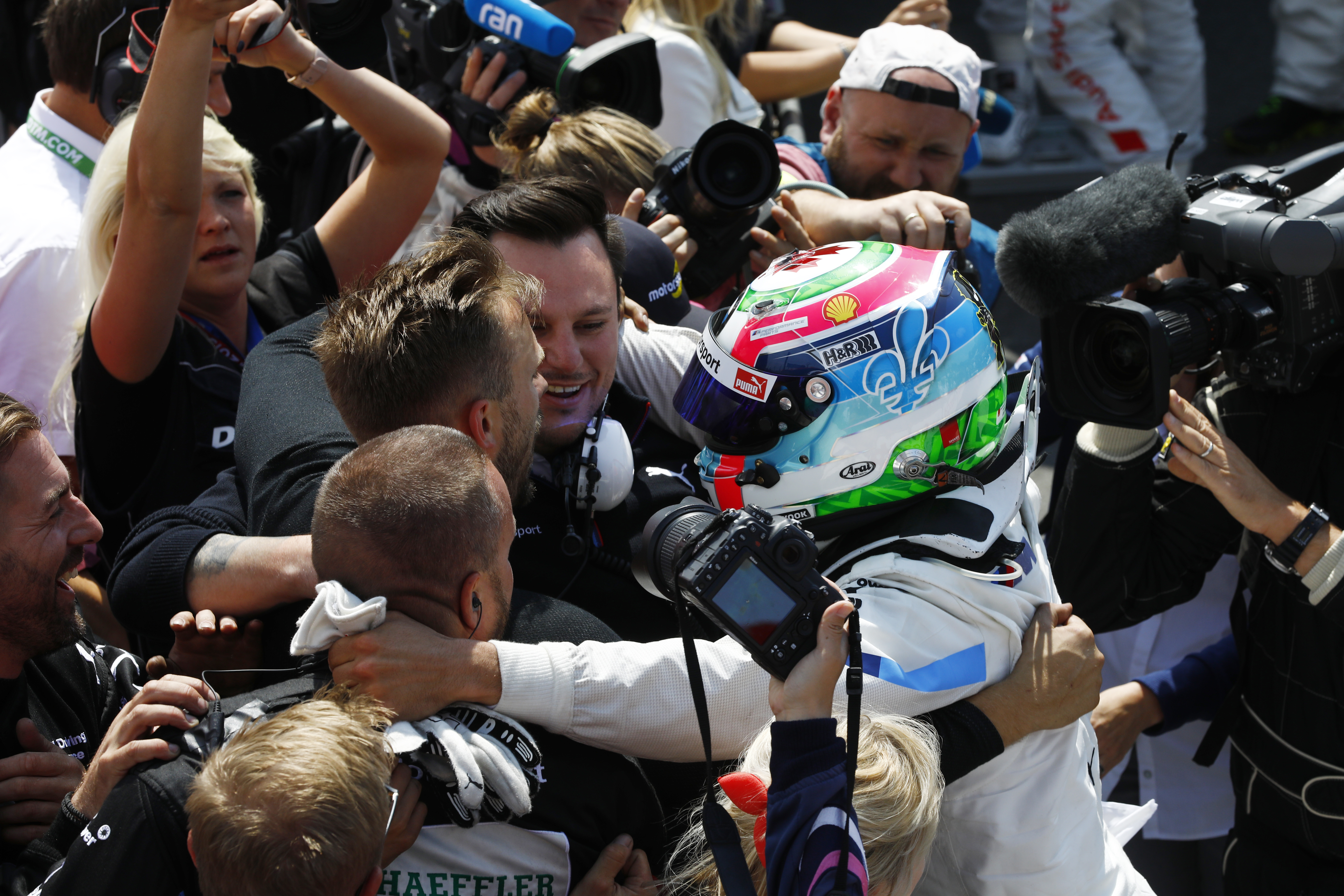 An Audi trio in second, third and fourth place
Jamie Green (GBR, Audi) came out on top in the battle for second place and the minister-president of Bavaria, Dr. Markus Söder, presented him with the trophy during the prize-giving ceremony as a reward. The battle for third was intense: Robin Frijns (NED, Audi), Philipp Eng (AUT, BMW) and Loïc Duval (FRA, Audi) were all in contention, but it was Mike Rockenfeller (GER, Audi) who secured the final podium slot.

For the two front-runners in the drivers’ standings, René Rast (GER, Audi) and Nico Müller (SUI, Audi), who were alongside each other on the front row of the grid, the second race at Norisring didn’t quite go according to plan. The two slightly tangled as they drove through the S-corner for the first time. The consequence: a spin for Rast, a drive-through penalty for Müller, and eventually a seventh- and eighth-place finish. Like on Saturday, Daniel Juncadella (ESP) scored points by finishing tenth, again as the bestplaced R-Motorsport/Aston Martin driver. Rast remains in the lead of the championship with 127 points, Müller has 102 points in second place, Eng is third with 101 points. 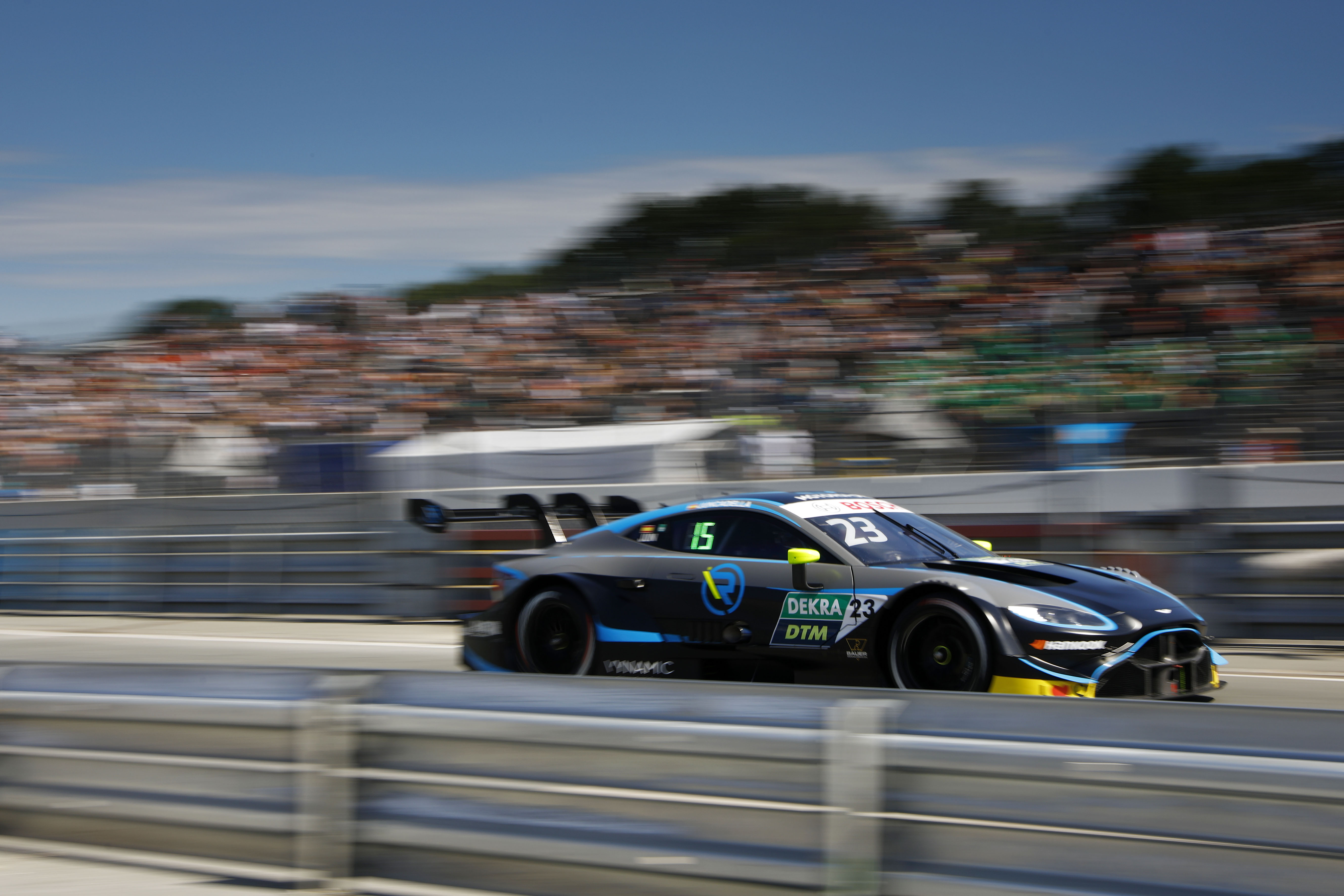 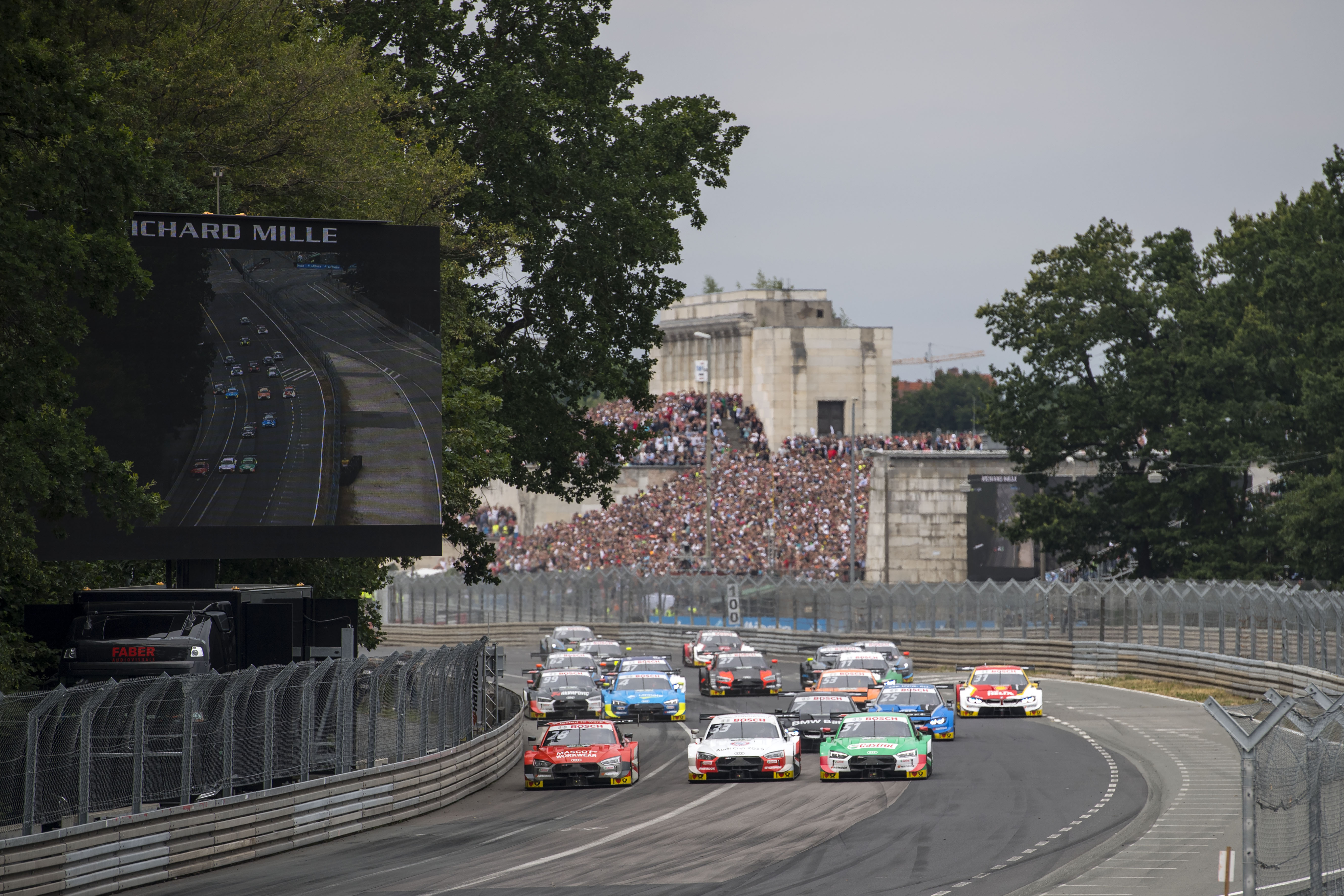