The 2017 GT4 European Series champions were celebrated at the annual SRO Motorsports Group Awards in Paris on Friday. Drivers and team representatives came to the Palais Brongniart, the French capital’s former stock exchange, for a day full of festivities. 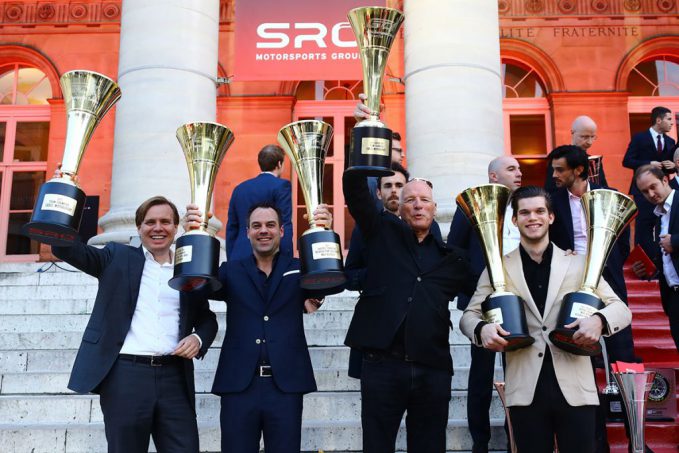 Stian Boers and Dick van Ekris were on hand to receive the trophy for their team’s title, as was Alexandre Rossier to accept the third place award on behalf of RYS Team KISKA.

Most of the Am Cup awards went to Italy. Giuseppe Ghezzi accepted his trophy for winning the class, while fellow Italians Manuele Mengozzi and Manuela Gostner also received their trophies.
Orlando and Rosella Redolfi went on stage to accept the team’s titles, with Francesco Gromeneda accepting the trophy on behalf of Scuderia Villorba Corse. Rosen Daskalov was the only non-Italian on the stage, the Bulgarian picking up the trophy for finishing third with Sofia Car Motorsport.

With the 2017 season concluded, teams will now shift their focus to next year. All teams in attendance in Paris have expressed their interest to continue to race in GT4 next season.