After a one-year hiatus, the GT4 European Series returns to Zandvoort this weekend, as it enters the final phase of the 2019 season. In total no fewer than 31 will be on the grid at the popular Dutch circuit with its fast, sweeping corners. The race weekend at the North Sea coast is the fifth of the six race meetings on the 2019 GT4 European Series calendar. 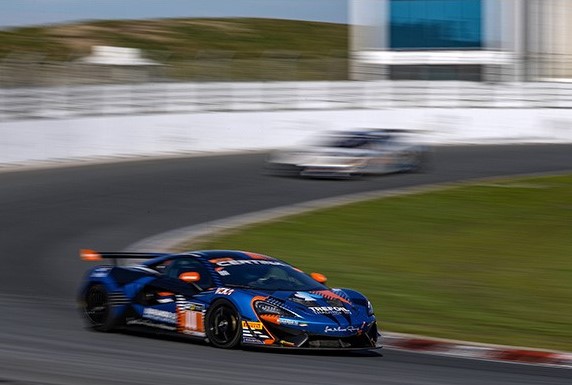 Mistakes will have consequences at the 4.307-kilometre Dutch dune circuit. Gravel traps instead of asphalted run-off areas could mean the end of the race for anyone going off the track. With everything still to play for in all three categories, the smallest mistake at Zandvoort could make the difference between winning and losing.

With a podium finish and a race win in Misano, Max Koebolt and Jan Kisiel (#4 Leipert Motorsport Mercedes-AMG) grabbed the points lead in the Silver Cup. The Dutchman and his teammate look to keep the momentum as they race in front of Koebolt’s home fans.

Currently second in the championship, Simon Knap and Alec Udell have already won two races in the #25 MDM Motorsport BMW this season and will be targeting two more strong results. Based just over 20 km from Zandvoort, the Dutch squad knows all the ins and outs of the track. MDM Motorsport’s Koen Bogaerts and Mark van der Aa will aim for a strong result at Zandvoort.

The #14 Equipe Verschuur McLaren crew of Daniel McKay and Benjamin Lessennes lost the championship lead at Misano and will need a decent result in the Netherlands to stay in contention. The same applies to Reinhard Kofler and Patric Niederhauser in the #16 True Racing KTM, as well as the #8 Ekris of Ricardo van der Ende and Euan McKay.

Completing the 13-car strong Silver Cup field at Zandvoort are Jamie Vandenbalck and Julien Darras in the #7 Street Art Racing Aston Martin, Matthew Cowley and Will Moore in the #62 Academy Motorsport Aston Martin and Mads Siljehaug with a yet to be announced co-driver in the #24 Valvoline – True Racing KTM. CMR is set to run the #9 Alpine A110 GT4 in the category. 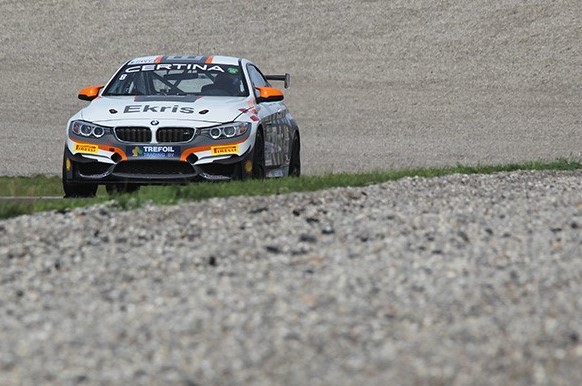 PRO-AM AND AM BATTLES CONTINUE IN THE DUNES OF ZANDVOORT

The Pro-Am battle will also continue at Zandvoort and could well be decisive, with only four races remaining. After eight of the 12 races this season, the #2 Leipert Motorsport crew of Luci Trefz and Marcus Paverud lead the way, with the #111 RN Vision STS BMW of Marius Zug and Gabriele Piana just 25 points behind in second place. Two no-scores for the BMW crew have made the difference.

Rédélé Competition drivers Grégoire Demoustier and Alain Ferté, who are third after four rounds, aim to get back in contention in the Pro-Am title fight at Zandvoort. Unlucky in the last two races at Misano, W&D Racing Team’s Paolo Meloni and Massimiliano Tresoldi also target strong results at Zandvoort in order to keep their hopes of a top three finish alive.

Mercedes-AMG squads Schwede Motorsport and Bullitt Racing will once again run their regular entries at Zandvoort. The German team celebrated its best results of the season at Misano, with a race win for the #777 of Jan Rehnig and Dominik Schraml and a podium for the #13 of Phillip Bethke and Marc Basseng. Stephen Pattrick and Andy Meyrick will race the #33 Mercedes-AMG.

Selleslagh Racing Team has altered the line-up of the #30 Mercedes-AMG, with Belgian driver Angélique Detavernier and Dutchman Kay van Berlo making their series debut at Zandvoort.

Allied Racing has fond memories of Zandvoort, after winning the two GT4 Central European Cup races at the Dutch track in 2018. Nicolas Schöll, part of the winning line-up last October, will share the #22 Porsche with Jan Kasperlik, while Benjamin Mazatis and Constantin Schöll will once again drive the #21 car.

Fiona James is set to return to race the #61 Academy Motorsport Aston Martin alongside Tom Wood, while Levent Kocabiyik rejoins Ibrahim Okyay in the Borusan Otomotov Motorsport BMW. The Pro-Am grid is to be completed by the #69 V8 Racing Chevrolet Camaro GT4.R of Duncan Huisman and Luc Braams and the NM Racing Team Ginetta of Lluc Ibanez and Jorge Cabezas Catalan.

Four cars are currently entered in the Am category. Leading the championship after scoring five podium finishes and two wins in eight races are Street Art Racing’s Pascal Bachmann and Clément Seyler.

This weekend, opposition will come from the #48 CMR Alpine of Eric Mouez and David Loger, the #11 Las Moras by Equipe Verschuur McLaren of Liesette Braams and Gaby Uljee and the #31 Selleslagh Racing Team Mercedes-AMG of Alessandro Giovanelli and Dutchman Bob Herber.

GT4 European Series track action kicks off on Friday with one-hour free practice sessions at 10.30 and 15.10. Qualifying is conducted on Saturday morning at 8.30, followed by the first of the two races at 12.50 local time. The second and final GT4 European Series race of the weekend gets underway at 11.25 on Sunday morning.