Another point-scoring weekend in VAR’s home round at Zandvoort

For the second time in a row this season, Dutch team Van Amersfoort Racing managed to add championship points to its tally after a weekend of racing in the FIA Formula 3 European Championship. Last weekend’s event at Zandvoort was a special occasion as it was the home race for the Dutch team, based in Zeewolde. Moreover, the team entered three cars for the first time this season as German lady racer Sophia Flörsch came to join the team’s regulars Artem Petrov and Keyvan Andres Soori for the remainder of the year. 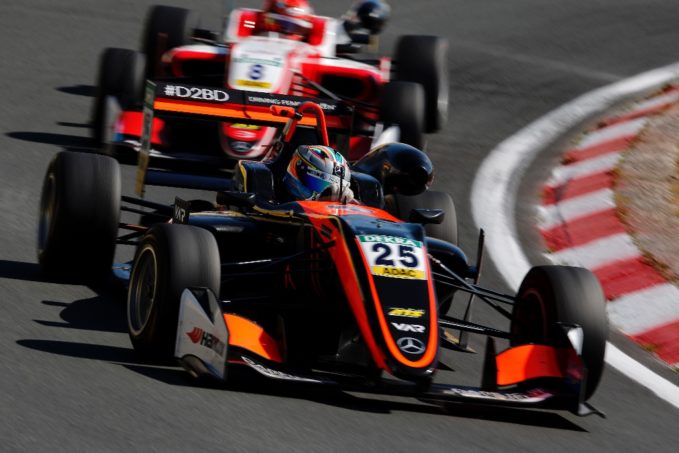 Beautifully located in the dunes on the Dutch North Sea coast, Zandvoort has a long tradition in Formula 3 racing, going back to the 1950s. “It is always special to race here, even though there is no such thing as a home advantage in a series that is as competitive as the FIA Formula 3 European Championship,” team principal Frits van Amersfoort said.

Overtaking being notoriously difficult at the Dutch circuit, good qualifying results were crucial for success during the event. Artem Petrov was the team’s best qualifier with his 15thplace on the grid for race one, followed by Keyvan Soori Andres in 19thand Sophia Flörsch 23rdon the grid for her Formula 3 race debut. In the race, both Artem and Sophia were classified in the positions at which they had started while Keyvan lost one place and finished 20th.

In qualifying for race two, Sophia showed her speed and put her car 19thon the grid, two places ahead of Artem, who, in turn, qualified one position ahead of Keyvan. In the race, which was interrupted by a safety car intervention following multiple unrelated incidents on the opening lap, Artem finished 15thas the best VAR driver in the classification. Sophia came 17th, Keyvan finished one place further down.

The performance by the VAR drivers was closely matched in qualifying for race three, based on the second-fastest lap times in second qualifying: Sophia, Artem and Keyvan locked out 14thto 16thplace in that order, leaving the likes of championship front runners Ralf Aron and Marcus Armstrong behind them. The race included two safety car interventions and was eventually red-flagged and not restarted after one driver had parked his car at the top of the gravel trap in the Kumho corner, an incident rarely seen before. Artem had made good progress and opened his championship points’ account for this season by finishing ninth. Keyvan was classified 17th, two places ahead of Sophia. 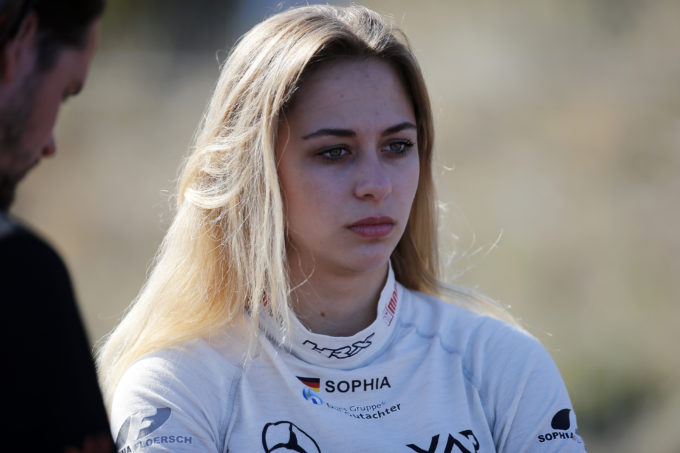 Rob Niessink, CEO of Van Amersfoort Racing: “We have been coming to Zandvoort for many years, so we know how difficult it is to overtake there with a Formula 3 car. Therefore, it is nice to see Artem make good progress in race three to score his first championship points this year. Sophia did very well on her debut and although Keyvan struggled a bit this weekend we are now working on the next round at Spa-Francorchamps, where we hope to improve further.”