Following Sweden’s podium performance, round 3 of the FIA World Rallycross Championship presented an unknown challenge to UNKORRUPTED driver Kevin Abbring, as he raced the famous track in Lohéac, France, for the first time ever. Delivering a racing spectacle that had thousands of fans on their feet, Kevin finished his inaugural Lohéac RX event in 4th overall, earning 18 Championship points and moving to P5 in the Championship standings. 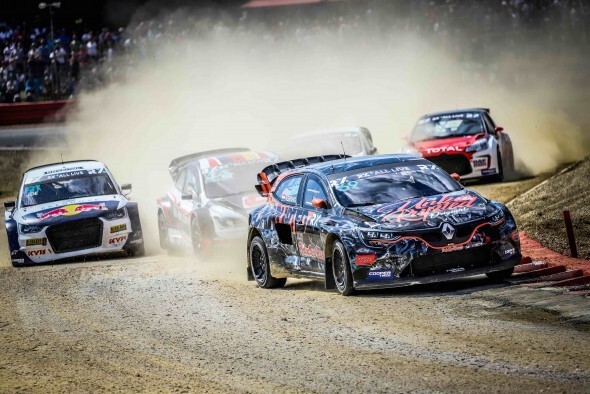 With the morning sun warming the track, the Dutchman used Saturday’s free practice to get a feel for the 1,070m long track before lining up against Ide, Kristofferson, Timmy Hansen and O’Donovan for race one of the first qualifier.

Following a fierce battle with Ide over the 4 race laps, Abbring managed to squeeze by the Belgian in the very last corner to finish the race in 3rd.

On pole for the 2nd qualifier, Abbring won the battle through the first few corners with Scheider to come out in the lead, a position the Dutchman managed to defend even when rejoining the track following the joker in lap 3. He took the chequered flag with the 2nd fastest time of Q2 putting him in p3 overnight behind Kristofferson and Gronholm. 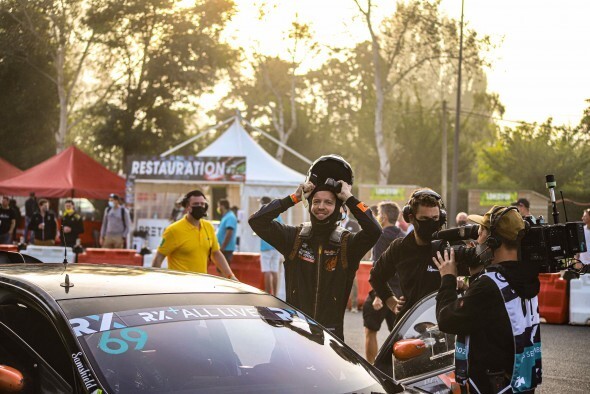 Blue skies and sunshine greeted the teams on day 2 of the Lohéac race weekend with UNKORRUPTED poised to make the most of the team’s P3 standing.

Having put down the 6th fastest time in P4 overall in the 3rd qualifier, Abbring started the final qualifier of the race weekend on pole. He put down a great launch to race into the front, racing cleanly to take the chequered flag and the 4th fastest time of the qualifier.

In 4th off the line in the semi-final, Abbring jokered in lap 2 and finished the race in 4th, missing out on P3 by 1/10th of a second. Abbring took the 6th grid position of the final instead of Kristofferson when the Swede didn’t make it to the pre-grid in time. Having jokered straight away and worked his way up from the back of the pack, overtaking Szabo and Scheider in the process, Abbring finished the 3rd round of the FIA World Championship in 4th, bagging another 18 Championship points.

“It’s been an important race weekend of learning for us – it was the first time on this track for me, so I had to adjust and quickly get a feel for the car on this awesome French circuit. We changed setups a few times on Saturday morning and were able to optimise performance alongside my growing knowledge of the flow of the track. We had great pace yesterday after getting the feel for the track after Q1. Today we just didn’t have the pace for a podium finish, and it’s something we have to review as a team. It was great to be driving in front of so many spectators, a fantastic track and atmosphere and I’m ready to push for the podium at the next event in Latvia (n.B. double-header event).”, Kevin commented. 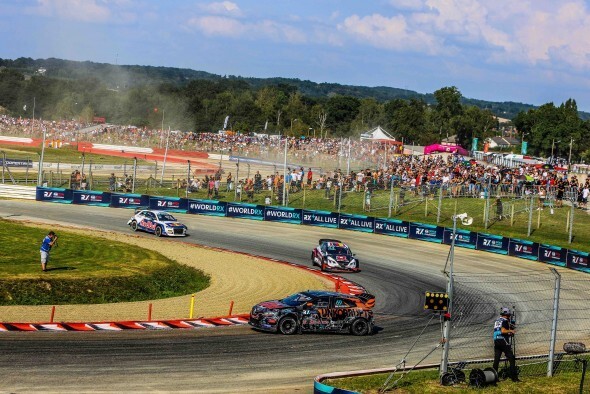 About UNKORRUPTED
Welcome to UNKORRUPTED, an RX team like no other – ready to push the limits and ruffle feathers in the FIA World Rallycross Championship.
Supported by the collective experience and passion of world-class technicians, mechanics and engineers, UNKORRUPTED aren’t here to mess around. With the driving skill and talent of Kevin Abbring behind the steering wheel of the Mégane R.S. RX, UNKORRUPTED will disrupt the grid and challenge the veteran teams to push for the 2021 World Title.

About Kevin Abbring:
Hailing from the Netherlands, Kevin, whose father was also a successful driver, has a motorsport CV as varied as it is impressive. Having started off in rallycross, he was the 2005 and 2006 Champion in the Dutch Ford RST series before moving his focus to rallying. He impressed with class wins in both the WRC and IRC and made his top line WRC debut with Hyundai in 2015, scoring points and winning stages at the highest level of rallying. After a decade in rallying, Kevin came back to rallycross in 2019, making his World RX debut in Hell, Norway, with ES Motorsports and impressing by leading the final on his way to 4th place – a feat he repeated in his second race at the Swedish track in Höljes! 2020 saw a change as he drove a Clio R.S. RX for UNKORRUPTED in select World RX races, and in 2021 the team stays the same but he will be driving the top-level Megane R.S. RX in the full FIA World Rallycross Championship. Abbring is also still the youngest Junior WRC round winner, won WRC classes with both VW and Peugeot and in 2011, was crowned ‘driver of the year’ by the FIA. Over the last few years, he’s worked for multiple factory teams as a development driver in WRC, R5 and WRX, and in the last 12 months he has been at the forefront of the push towards a sustainable future in motorsport – most notably with GCK Motorsport and their work towards a hydrogen-powered Dakar Rally vehicle. 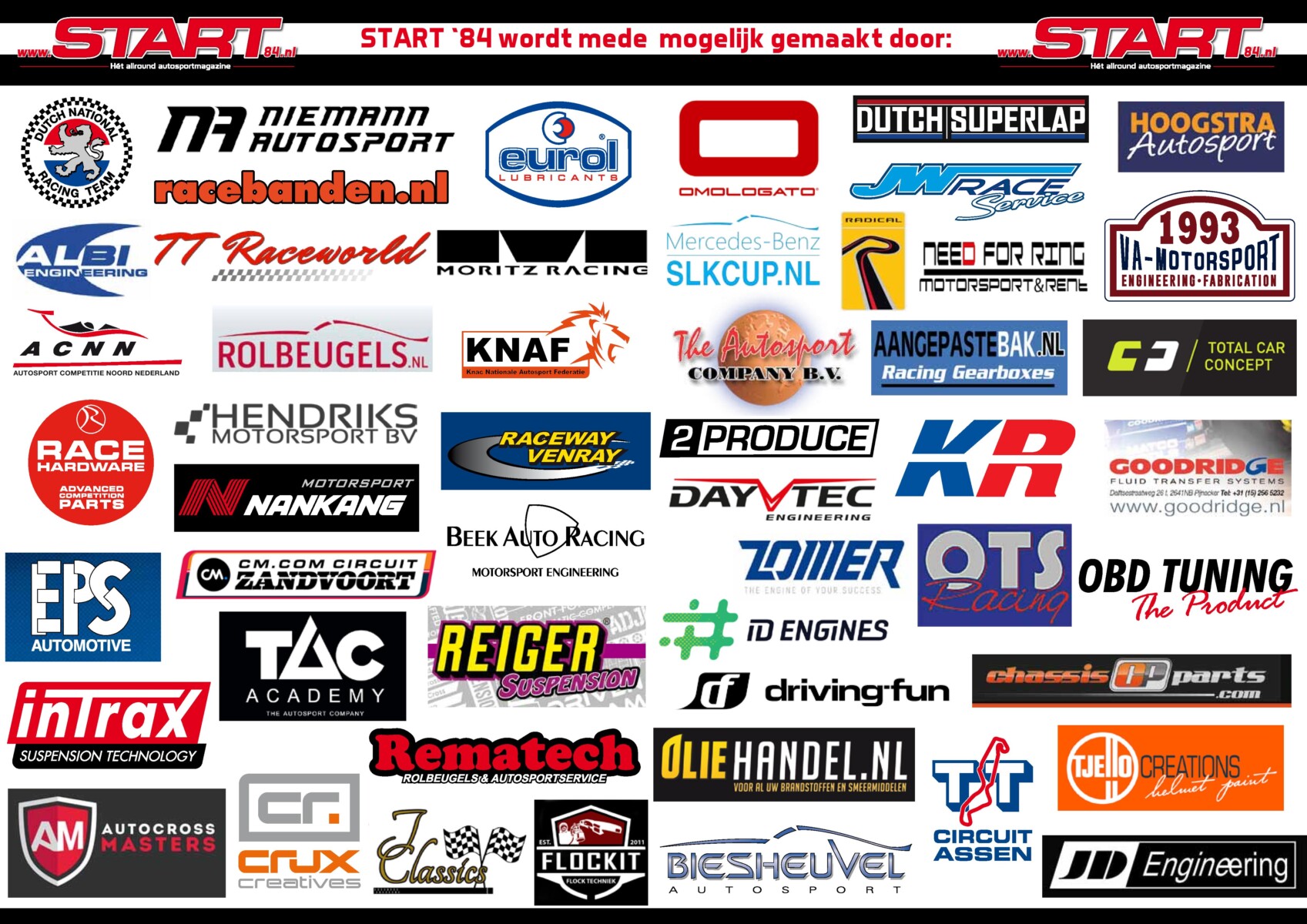